WeChat, China’s most popular messaging app, was developed by the Chinese IT and media company Tencent. It was first introduced in the market in 2011. Since then its popularity has exploded. Today WeChat has over one billion created accounts, approximately 700 million active users of which 70 million are outside of China.

One of the reasons for the success of WeChat is that it is entirely developed for mobile use. There is no website version. It has literarily leapfrogged the PC area and gone straight to mobile. It has developed from being mainly a messaging app to being more of a portal and a platform – working towards creating a world entirely managed through smartphones.

Instead of focusing on building the largest social network in the world (like Facebook and WhatsApp), WeChat has focused on building a mobile lifestyle universe. Its goal is to address every aspect of its users’ lives, including non-social ones.

Official accounts are used by private people and companies to spread content. There are more than 10 million official accounts currently on WeChat, covering everything from consumer brands, celebrities, banks, manufacturers, personal blogs, and more.

The WeChat wallet is a central part of the success of WeChat. More than 200 million people have linked their bank card to the WeChat wallet, enabling them to seamlessly pay for products and services under the WeChat universe.

Knudsen&Co provides official account registration and one stop account management services for our clients including editing and translation of texts for foreign clients. 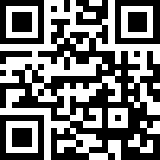